Deoxyribonucleic acid (DNA) was first identified and isolated by Friedrich Miescher and the double helix structure of DNA was first discovered by James D. Watson and Francis Crick in 1953. Several experiments suggested, that DNA was the molecule that carried the hereditary information. This lead many people to work on this molecule to find out the exact mechanism. The building blocks of DNA are 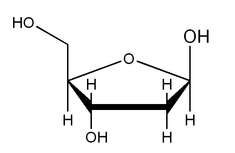 When DNA is formed one nucleotide bindes another by hydrolysing two phosephates. The energy of hydrolysis is converted into binding-energy, only one phosphate is left, thus a sugar-phosphate backbone is formed. The sugar is allways added to the 3' ('three prime') end, so the DNA grows from 5' to 3'. 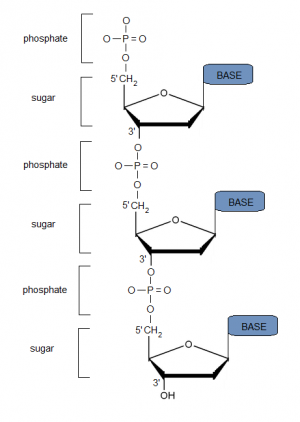 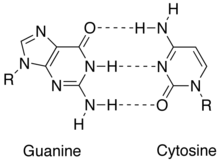 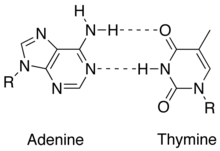 In the model of Crick and Watson the DNA consists of two complementary strands, having the bases inside - forming base pairs - and the sugar-phosphate backbone outside. 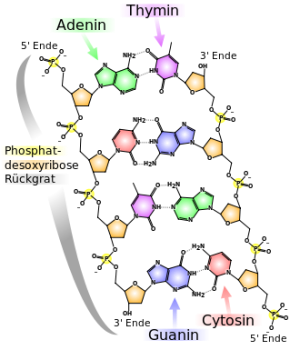 The whole DNA polymer is wind into a double helical form by the sugar-phosphate backbone. If you watch the following animation, you can recognize that there is a major and a minor groove, that is the gap between neighbouring backbones vary in length.

If one purifies DNA the bases A and T as well as G and C are always abundant in about the same number, this fact is known as Chargaff's Rule. This fact was built in elegantliy in the model by Crick and Watson. For a great Introduction in historical context, watch the MIT lecture of Eric Lander.